Keith is a keen, popular and strong member of our baritone section who joined the choir in 2004. Born to Welsh parents (no wonder he loves singing) in Blidworth, Nottinghamshire in 1939, this 81-year-old is as vital and powerful as a man half his age, his voice is testament to that.  His music interests are wide ranging from Welsh Male Voice choirs but also popular singers such as Nat King Cole, Matt Monroe, and Bing Crosby. Keith will sing you a favourite song as soon as you ask him. Wonderful!

He was introduced to the choir by Keith Beastall (a second tenor). His interest was sparked as it rekindled his family roots  in which two older cousins sang in choirs in South Wales. He proudly tells us that his mother had a good voice and it is this pedigree that has passed through the family. Keith was clearly excited to get involved in a male voice choir and he found that the baritone section members were very helpful in growing his confidence and ability, he is particularly keen to acknowledge the support of a seasoned baritone Derek Beastall who became his singing buddy.

His ambitions for the choir include singing more modern songs as well as the male voice classics which will attract younger members and hence perpetuate the life and continuance of the choir. His best memory was the first time the choir performed at the Royal Albert Hall in London with the Welsh Association of Male Choirs in 2009. Keith explained that it was “fantastic” how over 900 men were able to seamlessly blend whilst singing their hearts out in perfect harmony. 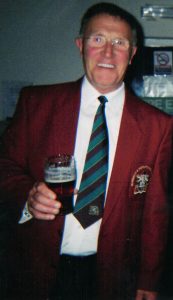 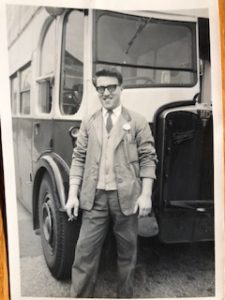 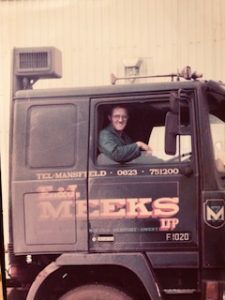 His working life took him all over the country as a long-distance lorry driver, but he was also  a PSV bus driver and worked in a large transport firm as a planner. In the last 7 years of his working life Keith was well known as the fish man in Asda on Old Mill Lane, Mansfield.

Keith is a true family man; he impresses on you how it important it is to “have good wife”. Keith met his wife Mary, a native of Southern Ireland, while working on the buses and he has not looked back since. They have three children, Thomas, John and Anne and grandchildren twins Danny and Grace, Paige Leigh, Olivia and Thomas. Mary and Keith enjoy frequent holidays and looking after their garden.

A wonderful character who embodies all the values of the choir of camaraderie, unity and effort, Keith advises that anyone who belongs to a good male voice choir and who is able to mix comfortably with others will make many new friends and enjoy a hobby that will uplift you and last a lifetime.