First Song was Comrades in Arms

Many festivals wins at national level

In 1956 one chorister, Mr Joe Commons met and sang with Pavarotti.

In 1966 following a famous win at the Cheltenham Festival the choir won the right to bear the Mansfield Coat of arms on their uniforms.

Mr Cecil Girling was choir chairman throughout this period.

During this period the choir had 10 MD’s including Terry Holt, Terry Moore, Meryl Chambers, Roger Holland and Jean Ward.

The choirs had a range of over 140 different choristers in this period.

Strong relationships built with Heiligenhaus out sister town in Germany with a number of exchange visits and concerts.

Reduced choir members and many changes of officials. Changes in local economy meant fewer of our population being interested in choral music. The persistence of the choir committee in 2002 resulted in the return of Meryl Chambers as MD in 2003 and Accompanist Margaret Ball in 2002. Since then the choir has enjoyed stability and growth in numbers from a low of 14 to a high of over 50 today A Deputy Musical Director (Ian Grice) was appointed from the choir in 2007. Key achievements were: 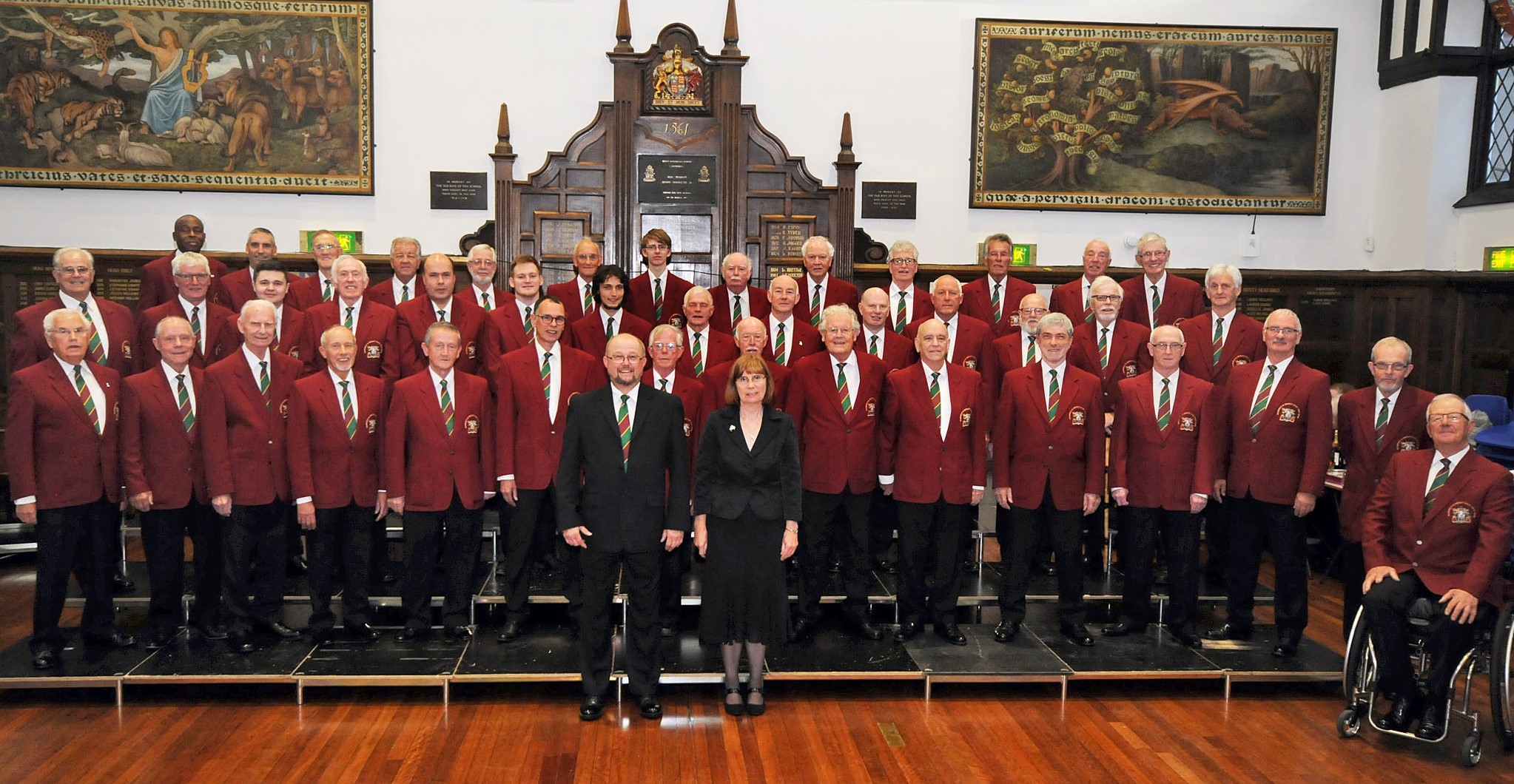 Achievements include singing at No. 10 Downing Street, concerts with choirs in Pembroke, Bury St Edmunds and two major concerts with The Welsh National choir Association in the Royal Albert Hall in London (2009) and the Manchester Evening News arena in 2012.In both concerts there were over 900 male voices on stage.

Eight day visit to Wales in 2012 singing with four choirs in various locations and raised over £2,200 for various charities.

Mansfield & District MVC have contributed to the raising of a total of £17,600 for charitable work since 2013 ( including joint events with other choirs).

Meryl Chambers stepped down as Musical Director at Christmas 2017

Following an interim period as Acting MD, Ian Grice was confirmed as Musical Director in March 2018.

In May 2018 the Choir performed at the Royal Albert Hall, London in the Festival of Massed Choirs. This Event is organised by the Welsh Association of Male Choirs and  this was the 3rd occasion on which the Choir had been involved in the Festival.

The Choir is now celebrating its 75th anniversary year.

In March 2019 the Choir received the Freedom of the District of Mansfield from Executive Mayor Kate Allsop at a special ceremony at the Council Chamber at Mansfield District Council.

The Choir has been going in this format since 1944

We have a current repertoire of over 40 songs, excluding Christmas repertoire

We learn about six new songs each year..

Our social activities are managed through our Supporters’ Group who raised over £14,000 for choir funds since 2012.