This was our first concert after the holidays. As usual the programme was very varied including some sacred and some popular numbers together with a piano solo ( Margaret Ball) and a piano duet ( Margaret Ball/Meryl Chambers). The Gentlemen performed 2 sets of 2 songs including Auf Fond du Temple Saint. John Wakeland and Phil Robinson sang The Bold Gendarmes as a duet. Ian Grice was the soloist on selected choral pieces. Eric Curtis was compere. 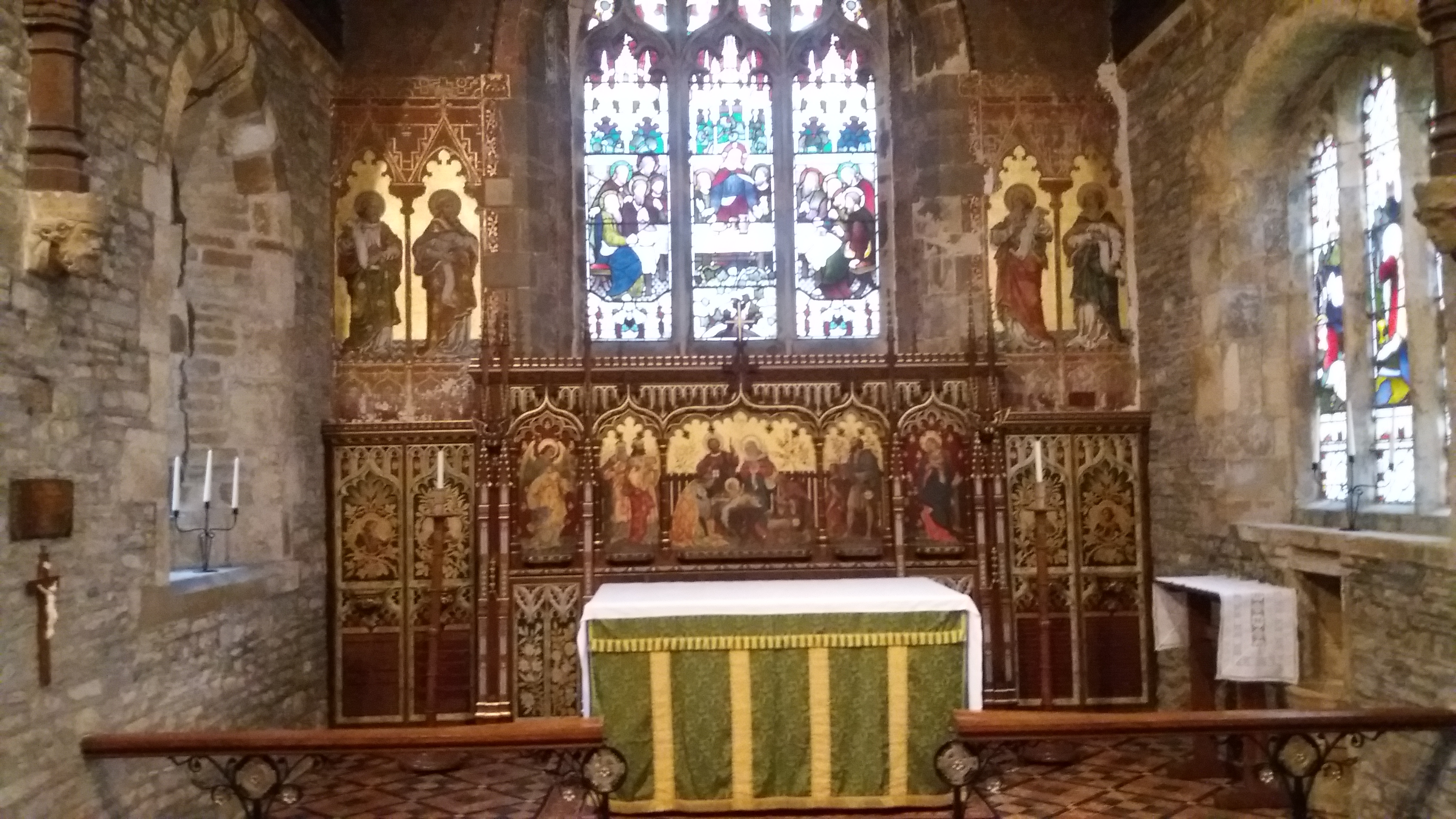 The concert was attended by 70 people and raised £1100 ( including previously sold raffle tickets) in aid of the on-going restoration of the church building. Many thanks, once again, go to Geoff Mansfield for his tireless work in terms of organisation and to Peter Ravencroft who, on behalf of the church had offered the original invitation for us to sing and had worked with Geoff to ensure everything ran as smoothly as possible. Thanks also, as always, to the Mansfield & District Male Voice Choir music team of Meryl, Margaret and Ian for putting the programme together.

Special congratulations to Gerald and Al who made it an especially fruitful evening by winning first and third prizes respectively in the raffle ( you’ve got to be in it to win it and all that!)

The Church of St George the Martyr, North and South Clifton dates from the 13th Century. We are back in history to the Plantagenet era: to the pious Henry III ( 1216-1272 ) and Edward I ( 1272-1307), the “Hammer of the Scots”. Visitors to the church will notice that much work has been carried out recently to restore this wonderful building with funding from English Heritage and generous contributions from members of the church and the local community. It was an honour and a privilege for the Choir to sing in such a beautiful building and to be part, for the evening, of a community who care so much for its heritage and all that it stands for.

I always stress, when writing these blog articles, that I can only ever give an impression of my personal thoughts. Others will have their own feelings about particular concerts and their will be opportunities for these voices to be heard on this website in the future.

The special memories I will take from this concert will be to have heard “Divine Mozart” – Allegro ( Sonatina in A) played so beautifully by our very own Margaret Ball. Such an appropriate choice of music. I know we have to have the right type of evening but I really would like to hear more of this. I will cherish also the memory of The Gentlemen performing Auf Fond du Temple Saint, a song which is, I understand, about loyalty and friendship between men. I appreciated just the right amount of theatrical flair so as to make the singing so very affecting.

I enjoyed that A Cole Porter Medley seems to be coming along and that we gave a better performance than last time. Going in the right direction should be cause for encouragement. My favourite part of the singing, on this occasion, though, was for the sacred pieces especially With a Voice of Singing and for the traditional hymns Morte Christe and Gwahoddiad.

But my favourite part of the whole evening was the congregational singing of Jerusalem, one of my favourite hymns and especially, on this occasion,  to see a 100 year old lady on the front row of the audience, determined, as she was, to rise from her wheelchair ( and she did, with the aid of her companion and Eric’s arm) to join in the singing.  William Blake himself would have been proud to have heard his immortal words resonating from that congregation. The old Plantagenets – “the kings who made England” – would also have been proud and this one humble chorister, he was proud too. It was a wonderful evening!