Reaching across the years – A Story from Eileen Lawrence, Choir Secretary

Being choir secretary is always interesting but mostly repetitive; minutes at , newsletters, music and enquiries but occasionally something unusual pops up.

One teatime the phone rang, and the gentleman introduced himself as Pete Haslam. He told me that he had joined the choir as a very young man in the 1970s. Having been a boy soprano he was placed in the first tenors and he really enjoyed his time with the choir. His stay was only a few years as he moved out of the area for work but during his time here the choir made a record called With a Voice of Singing. Pete bought two copies of this record, one for himself and one for his mother.

His new job was as a DJ for Radio Viking in Hull and sometimes he would play tracks from the record telling listeners that he had made a record! Some years later he moved to Sheffield to DJ with Radio Hallam and in the move his record went missing but never mind—mum had one, didn’t she?! However, when mum died the other record could not be found.

Pete decided to contact our choir via myself to ask if there was any way in which he could obtain a copy. I had no idea but mentioned the call to Geoff Mansfield who told me that he thought that Gerald Houldsworth lent us the cover of that record a few years ago for the exhibition the choir put on at Mansfield library.  So, I spoke to Gerald who willingly lent me his 1978 LP, but I wasn’t sure how to go about getting it reproduced. Anyway, as I often do regarding matters to do with the choir, I mentioned it to John Wakeland, our Chairman, who told me that he had the know-how and the equipment to do the job.

John kindly copied it on to a CD before Christmas 2019 and I sent it on to Peter in Hull. I have recently received a letter and cheque from Peter in thanks ( see below). What real pleasure it is to see camaraderie and association with our choir over distance and time. There is certainly something truly sustainable about belonging to a choir which makes your life just so much better. 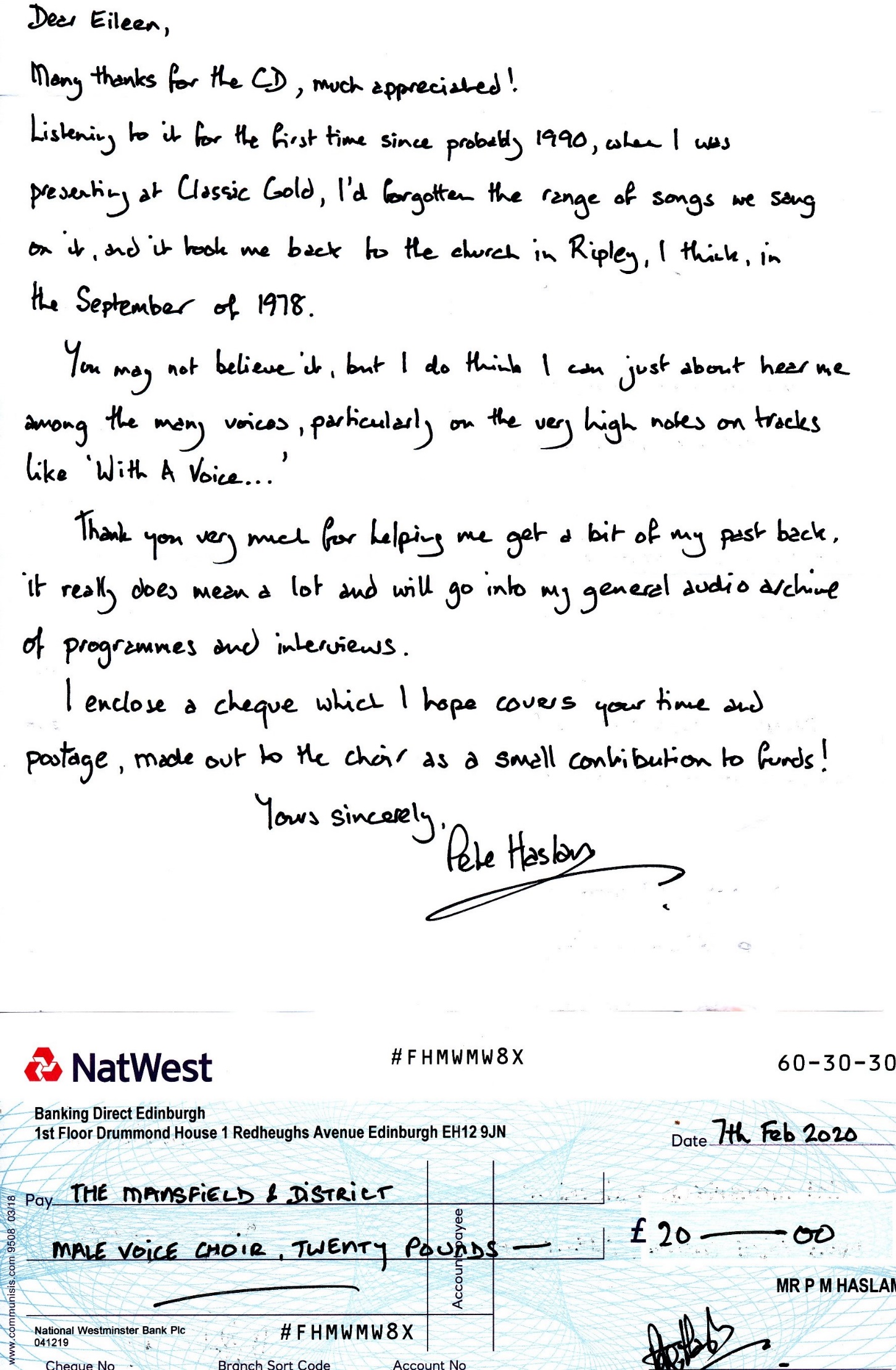