It is sadly inevitable that with the passage of time, we experience the passing of former choristers and friends; it is a feature of our lives. The common thread I allude to is the fundamental love of male voice choir singing shared by many, including two of our former members, who, although not members for more than about three years each made their personal and valuable contribution to the life of our choir. The choir was represented by Ian Grice our MD and his wife Rachel and by Howard and Eileen Lawrence, 1st Tenor and Choir Secretary respectively, along with other members, at two recent funerals for Ralph Holmes and Peter Hucklebridge.

Ralph Holmes was a wonderful bass singer and belonged to many local choirs. His wife Jean Ward conducted the Mansfield and District Male Voice Choir in the early 1990s and Ralph was a member between 1993 and 1995. Over the years they both belonged to and help run the Ashfield Singers, The Phoenix Choral Society and Take Note. Invariably Ralph would be called upon to sing a solo which he did with great confidence and sensitivity. The family love of choral music has passed to Ralph’s daughter Yvonne, who was a member of the famous Canatmus girls’ choir.
Ralph was born and bred in Kirkby in Ashfield and was a close friend of the father of Ian Grice. It was through attendance at the local Methodist church and their church choir membership that lifelong musical links were kindled. 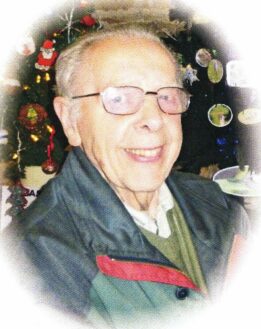 Ralph did his National service in the Royal Air Force and was a crew member of famous Sunderland flying boats squadron which were used on bombing patrols. Subsequently he trained as an electrical engineer at Phillips Lighting (Nottingham) Ltd where he developed into a skilled and renowned designer and installer of lighting systems. He surveyed, costed and provided lighting systems for many local factories and as a claim to fame developed and installed the lighting in the former Mansfield Leisure Centre.

Ralph was keen on golf and table tennis as well as choral singing. During a trip to Pembroke Male Voice Choir in October 1995 a welcome dinner was held for both choirs in a crew mess on an ex-RAF airfield. Ralph was astonished to find photographs of himself and fellow RAF staff from his days of National Service.
The funeral service for 92-year-old Ralph was held at St Michaels Church Pleasley which is local to the home of Ralph and Jean. Ralph and Jean enjoyed a busy social life having a wide circle of friends and being well known and respected in the local choral community.

Peter Hucklebridge was a member between 2012 and 2015. He was valiantly living with Parkinson’s disease which didn’t dampen his enthusiasm for singing as a 1st tenor. The Ollerton crematorium was packed for a chap who was full of life. 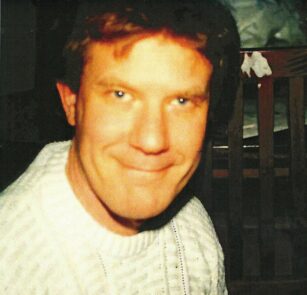 Born in Mansfield, Peter was a lifelong resident, a lifelong Mansfield Town fan and an inspiring history teacher at All Saints School, Mansfield. Among the mourners were some of his ex-students for whom Peter had “brought history to life” which led to their careers as history teachers – a wonderful legacy.
The service was led by Reverend David Fudger with eulogies by friends and family. Ben, the eldest son of Peter and Jackie, supported by siblings Sam and Sarah, gave light to Peter’s life as a funny, inspiring, supportive dad. Family holidays always included a historical aspect explaining the significance of a local castle, fort, building or battle. Amongst his many interests Peter gave support to the National Holocaust Centre and Museum at Laxton and it was pleasing to see attendance by senior representatives of Mansfield Town Football Club who came to pay their respects to a loyal fan.
Helen Curzon, the Chaplain at Bailey House Care Home (where Peter lived for the last 3 years) described an incorrigible, independent character who, when Mansfield Town were playing at home, would leave the windows open so that he could hear the roar of the crowd. Occasionally, once the late evening staff had finished their shift, Peter and a wheelchair bound friend (Pete could lean on the chair) would sneak across the road to the Bold Forrester for a pint. – marvellous.
Eventually, the pain from his progressive disease became overwhelming and Peter passed away aged 67. The choir were proud to have him as a member. RIP Peter.