The passing of a friend

Barry was an accomplished singer performing not only with our choir but also a small mixed choir called the Forest Singers; so redolent of the area in which he grew up and lived in the heart of Sherwood Forest.

Barry was a gentleman. He and his wife Enid (who pre-deceased him) raised three children and had multiple grandchildren and great grandchildren. We were proud to hear a eulogy given by Reverend Angela Fletcher, which spoke of his humanity and quiet, unassuming, generous nature. We were of course surprised by some of his antics with his twin brother Terry when they were young men.

Barry ran a fleet of luxury cars for weddings, funerals and special occasions and was well known and respected in the area. He apparently had a driving license for every classification of vehicle except a pilot’s license!

We know Barry as a faithful chorister who took great joy in his singing and performing, and we hope we did you justice as we sang Morte Christe in the church during a wonderful service. This was followed by a celebration wake at the local John Fretwell Centre where we provided some of his favourite songs namely, Guardian Angel, You Raise Me Up, The Rose, and We Rise Again. We are indebted to Sharon, one of his daughters, who allowed us to participate.

God bless you, Barry and Rest in Peace. 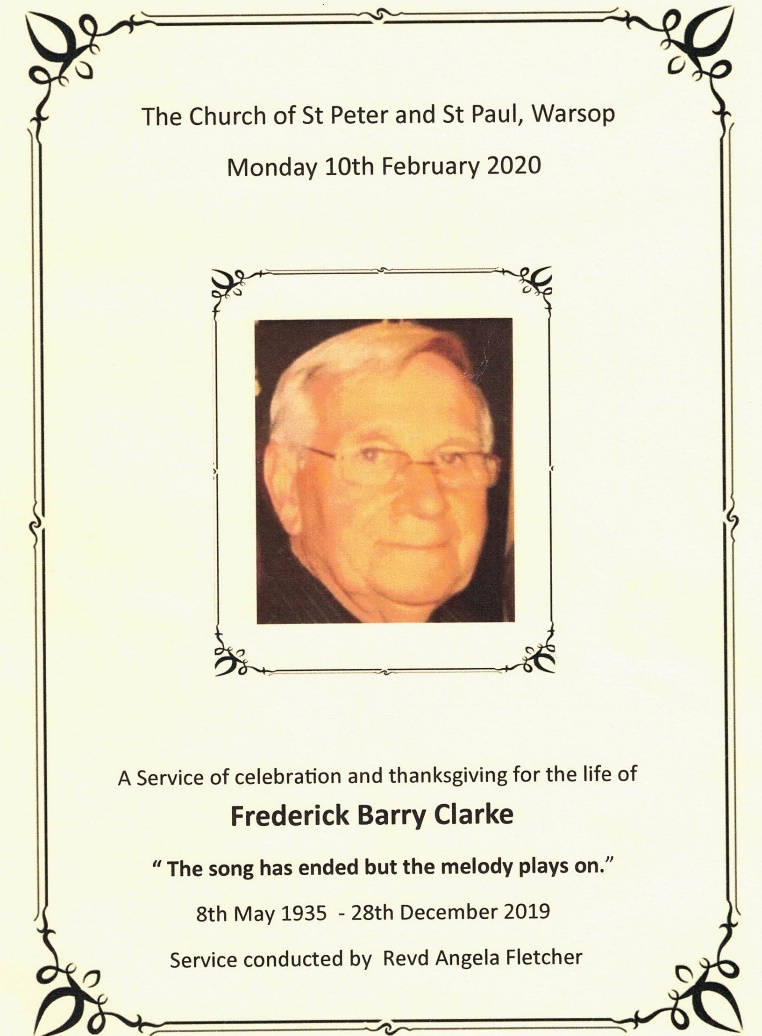