Les Ambler is a second tenor with our Choir with music in his blood. It would be impossible to give a full account of his musical career in these short little portraits. In his twenties Les earned his living as a touring musician and it would probably take several blogs to tell that particular story! 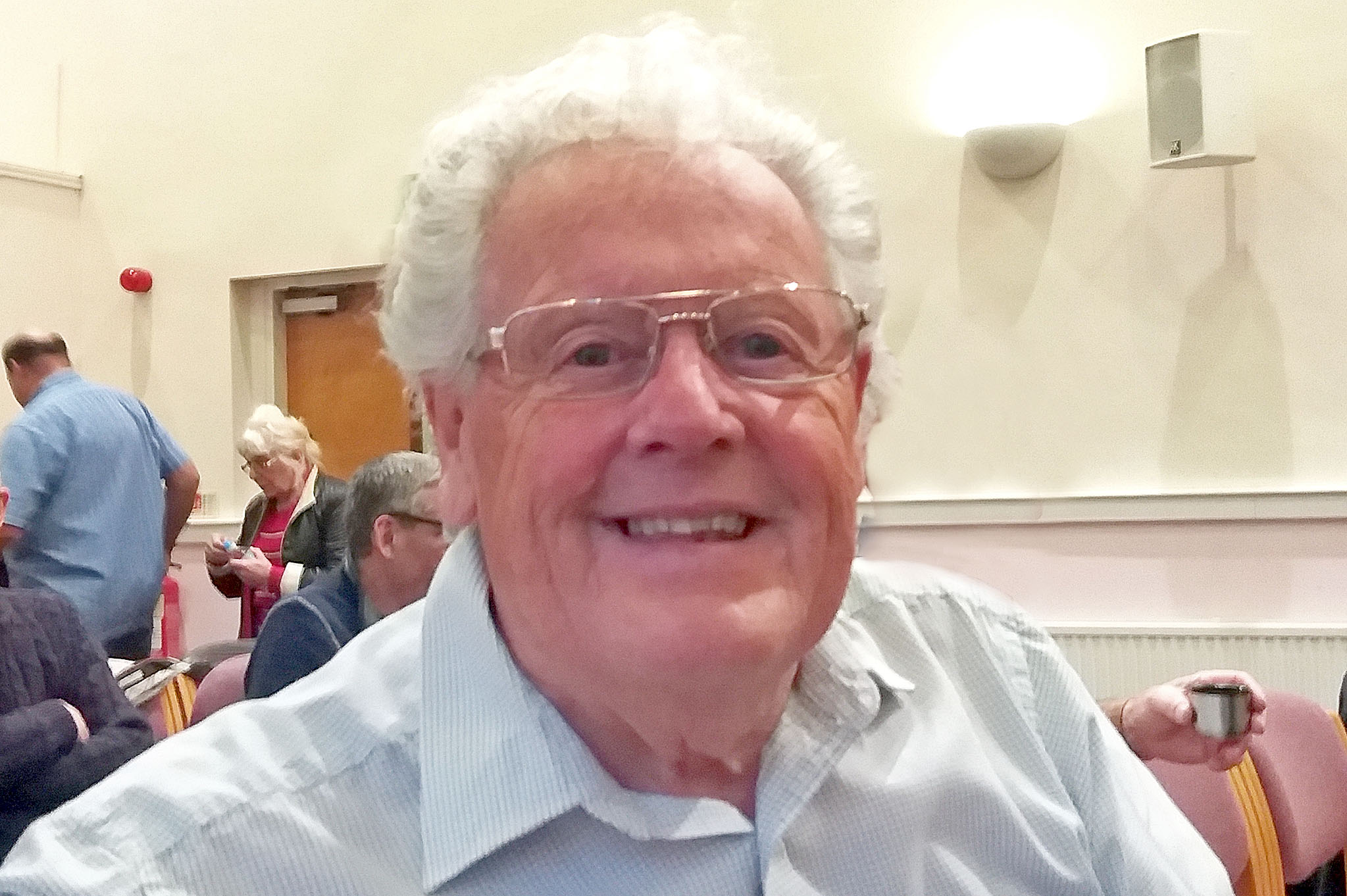 Les grew up in the town and left Queen Elizabeth’s Grammar School, Mansfield in 1953 starting his working life at Raleigh, Nottingham in their home sales department.

“I soon realized that I was more suited to the entertainment industry”, said Les, “and formed my own skiffle group in the mid-1950s. We soon became very popular locally, performing at the local Granada cinema. We did our slot between pictures on Sunday nights”.

Just a word of explanation. Back then films were called “pictures” and there would generally be a “double bill” with two films showing of an evening with scope for more entertainment between the films. Good value for money, I’d say!  The Granada cinema in Mansfield town centre was demolished in the 1970s but stood where Primark is now. It was a very popular venue for touring groups back in the day. The Beatles and the Rolling Stones amongst many others played there.

“I then joined local Nottingham hero Reg Guest and played all around the country. We notched up more than 50 broadcasts on the BBC  plus a TV appearance on the Jimmy Young TV show” said Les, “but at the age of 29 I realized that I was  getting a bit too old for the Pop idol stakes and left the group”

Les  went into the insurance business and stayed for 20 years including a spell in Kettering and Northampton for five years. “But I never forgot my music and played there in a local dance band”

After moving back to Mansfield in the late eighties it wasn’t long before Les re-joined his colleague, Reg Guest. They became a duo until Reg retired in the late 90s after 50 years as a professional musician.

But you can’t keep a good man down and after his retirement from insurance Les was persuaded by Walter Pitchford to join Mansfield & District Male Voice Choir. “I have always enjoyed mixing with some great friends and colleagues in the Choir”, said Les

The former Pop idol is also still very active, playing his bass guitar and  entertaining the public with the Beeston Big Band.

“They will have to shoot me to get me to retire,” quipped Les