Gerald was born in 1933 in Forest Road, Skegby, Sutton in Ashfield where his father worked as a postal worker and then a window cleaner whilst mum was a mender and finisher in a local clothing company. Gerald has a younger brother called Clive and recalls how his young live was safe and carefree. His early memories include singing in a small choir and giving recitations from a platform in the Wesleyan Chapel, where the Anchor Centre and Chapel are now located in Skegby.  Gerald attended St. Andrews Church of England school.

Of course, there were many boyhood adventures. These included riding with a horse and dray around Skegby selling sticks with the “stick man” Sam, who gave Gerald his first sip of beer aged about 10 and receiving 6d as wages. Watching German parachutists over Hardwick Hall in 1943 and bringing in 4 or 5 cows for milking, on Dolly the old cart horse and helping to milk the cows: wages now at 1/-. When aged 12 he progressed to assisting with the milk round before school and at the weekends. This involved collecting the milk from farmer Luther in Westhouses, loading the Austin A40 van and selling milk door to door from pails – wages now at 10/- per week. At aged 13, during “wakes” week, Gerald worked as a fairground ride operator, delighting the local children on the mechanical roundabout by use of mangle like system to rotate the ride. Gerald was also in the Boy Scouts which would prove to be link to his future membership of Mansfield and District Male Voice Choir.

Gerald’s working life began aged 15 at Bucklers, the fore runner of Pretty Polly Hosiery in Sutton in Ashfield as a “footing machine operator”. Whilst employed there his father became ill and passed away. To help his mother with the household budget and encouraged by his friends he joined most of the local male population in the mining industry. Starting at Summit pit at Kirby in Ashfield in 1950, his job for the first year was to pick stones off the conveyor belt transporting the extracted coal and load them to a waste stone wagon. His underground training led to roles working the coal cutters both at Summit pit until 1968 and then at Sherwood pit until retirement in 1986. 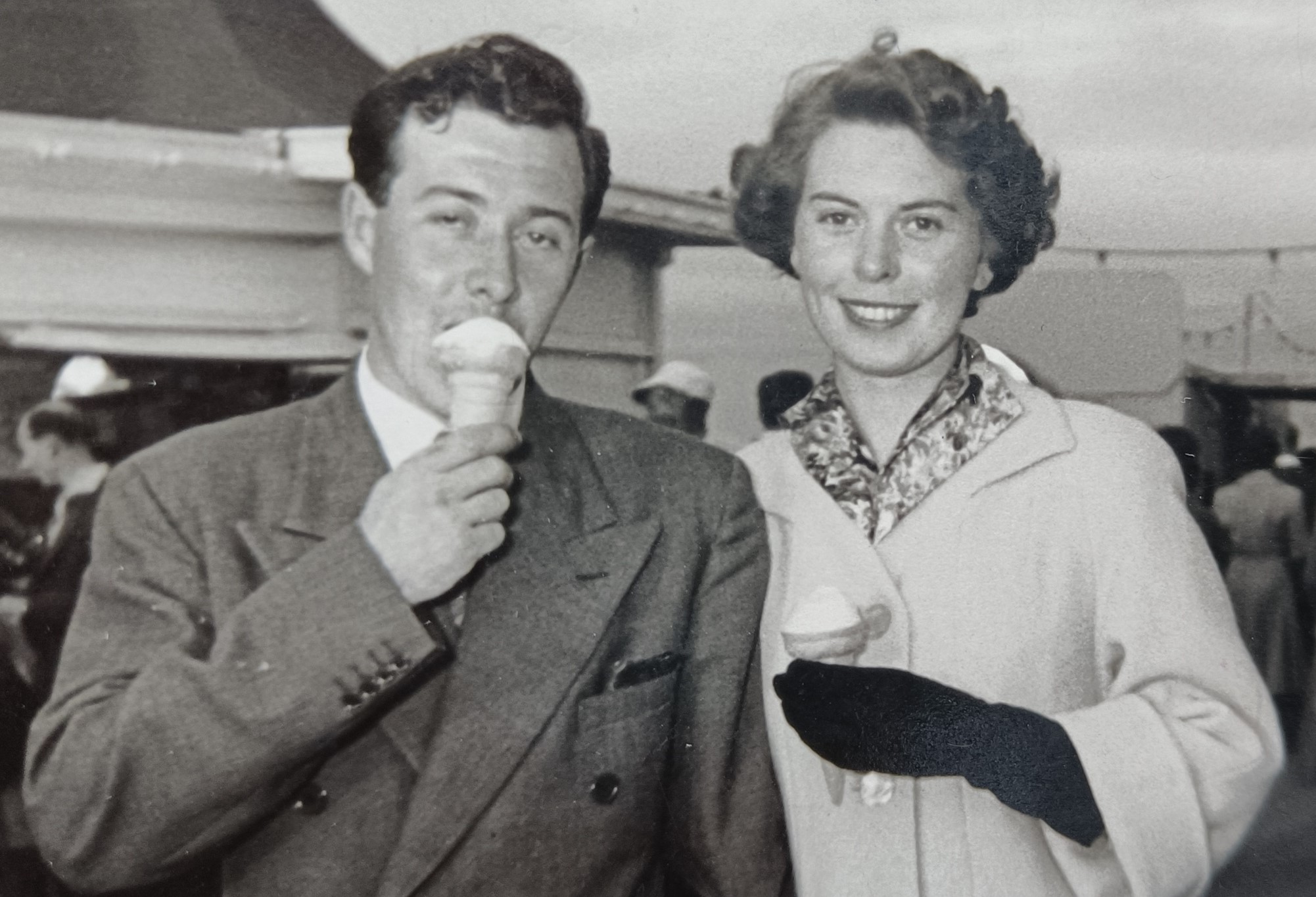 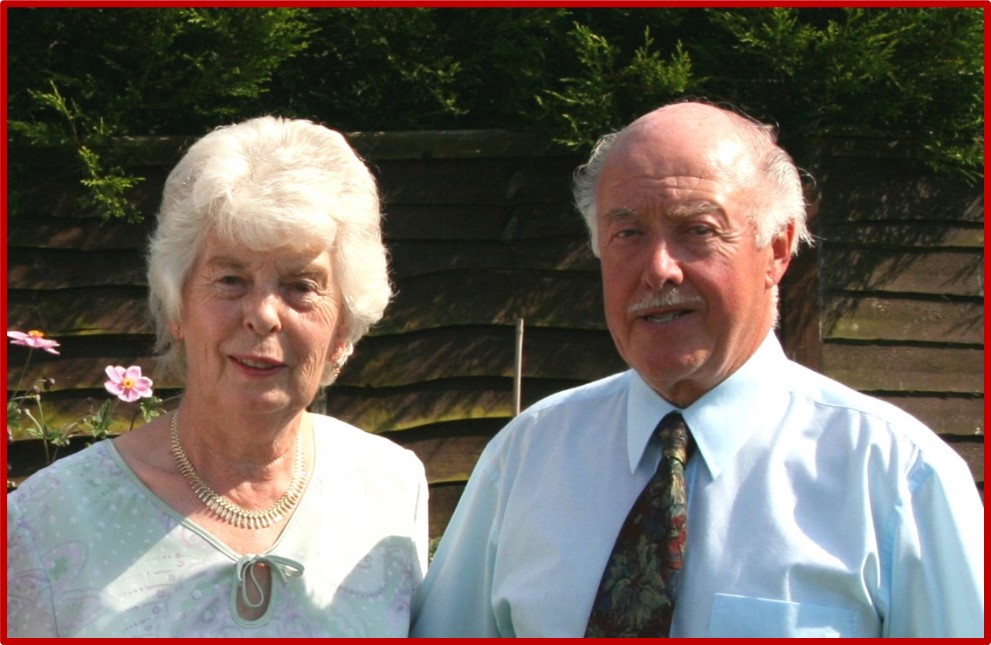 After retirement Gerald went with friends Owen Swift, a member of the Phoenix Choir, and Bob Holloway both former members of the Boy Scouts to listen to a Mansfield and District Male Voice Choir concert. Choir members Owen, Bob and a neighbour and local teacher, Charlie Wheatman encouraged Gerald to come along and listen to the choir to see if he liked it. He began to look forward to rehearsals on Tuesday evenings and was greatly helped by the choir accompanist Dorothy Evans who heard him singing the melody instead of the 2nd Tenor part. Dorothy kindly provided Gerald with tapes of the correct 2nd Tenor part, sealing his fate as a 2nd Tenor and providing invaluable support as a method of learning. To this day Gerald cannot read music but has a wonderful and clear memory of his parts in all the choir repertoire. So good was his memory that Meryl Cambers, when she returned as MD in 2003, occasionally asked Gerald to sing the Baritone part when necessary.

When asked which events during his long membership have stood out as favourites Gerald is rather balanced and says that he has enjoyed all the concerts in which he has sung but especially those when the choir travelled to Germany to sing with the Frohsinn Choir in Mansfield’s twin town of Heiligenhaus, the concerts with St Edmundsbury Male Voice Choir and those with the Welsh Association of Male Choirs an the Royal Albert Hall and the Manchester Evening News Arena.

Gerald has served the choir well in two capacities. In 1996 and the following few years Gerald, Janet and fellow chorister Bill Robinson and his wife Cynthia managed a flea market stall in the Turner Hall in Mansfield Woodhouse. Funds were raised for the choir by selling items donated by choir members. This proved most successful and enjoyable and became a favourite feature of the Friday morning event in the village. Additionally, Gerald diligently served as Choir Librarian for 30 years with fellow choristers Gerald Brown, Tom Dillon and latterly John Scanlon to whom he has passed over the role.

Hobbies naturally include his family but also include gardening on the large plot he has at the rear of the bungalow and the DIY jobs needed to maintain his home. He has, for over 60 years, been the verger and key holder at St. Chad’s church in Pleasley Vale and also a member of the Parochial Church Council of St Edmunds Church in Mansfield Woodhouse. Gerald and Janet have enjoyed belonging to a local rambling club and for years attended dancing socials with friends in North Wingfield.

As you can see from the content above Gerald has a self-reliant, steadfast and affable character He has a lifelong history of providing support not only to his family but also to others; he takes responsibility seriously and is always has a kind word and sense of forbearance and commitment. Not much shakes Gerald and Janet.

When asked about what it is that encourages new choir members to join, he said “If you can sing a bit, have a reasonable voice, come along and enjoy the comradeship to be found in the choir. A great bunch of lads – if you get into it, you will enjoy it and stay for years”.  It is this that makes our Male Voice Choir special.