Early days
I was born in August 1942 in Kirkby – in- Ashfield opposite The Hill Methodist Church where my parents were members and my father was caretaker. So, from a young age, I was brought up with singing the wonderful Methodist hymns and joining in the Sunday School Anniversaries and other activities. As a young man there was a youth fellowship group at The Hill who met on a Thursday evening. We often had speakers but we always finished by singing a couple of hymns. The pianist for us was a young lady by the name of Betty Grice. Once most people had gone a group of us would gather round the piano and my favourite phrase was “Come on Betty, let us just do one more!” Which meant ‘several’ and eventually Betty would say “Have you seen the time?” Soon afterwards, of course Betty and her husband, John had a lovely little boy called Ian! (Ian Grice is the choir MD).

My father was a good pianist who encouraged me to learn to play the piano which was invaluable in later life for the skill of reading music. I was also a member of my secondary school choir with which I took part in various festivals and concerts. My time with the choir was abruptly terminated by the music teacher as, instead of attending a practice promptly one day, I stayed behind in woodwork to complete the project I was working on. I was told if I preferred woodwork I was not to come back to the choir! On leaving school I really wanted to join the railway but my father insisted that the working hours were long, could involve lodging away from home and therefore his answer to me wanting to do that was a firm “NO!” Instead, my father got me an apprenticeship as a confectioner at George Martin’s sweet factory in Kirkby. This was to have been for five years but, unfortunately, shortly before I qualified, production ceased meaning I was unable to complete the apprenticeship. After a few short-term jobs, I was finally able to join the railway at Shirebrook depot in August 1967 just ten days after marrying my wife, Eileen. I loved my career on the railway progressing from starting in the workshop to guard on the coal trains, then becoming train crew supervisor and finally traffic controller at the headquarters in Nottingham. 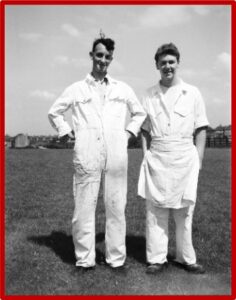 Howard & friend as young apprentices
Throughout this time, I always worked round the clock seven days a week, which made my ambition to join a choir difficult. In March 1996 I had the opportunity to take early retirement and as I had really troublesome asthma at that time, I took the opportunity. I actually had two ambitions for my retirement: one was to learn German and the other to join a choir. I joined a night school class for German in September and whilst there I discovered that there were two people in the class who sang in two different choirs. On finding out that I was interested they each wanted to claim me. The lady told me that her choir practised on Thursdays and the gentleman, Derek Brammer, was a member of M&DMVC which practised on Tuesdays which, for me, was more convenient. Following this I was invited to go along with Derek, in January 1997 – and the rest is history as they say!
I was placed in the first tenor section under the guidance of Ian Grice and John Riley. As time went by the person who really took me under his wing was Peter Evans, who had sung with many different choirs from the age of sixteen and his help was invaluable in giving confidence. The conductor at the time was Roger Holland and Delph Richards was accompanist. I well remember after being with the choir for a few weeks going to the first concert to watch the choir perform. That was at the Brunts School and I found it very difficult not to join in. The first concert I actually sang in was at Edwinstowe Community Hall and I was terrified especially as all my family turned out to support me! One of my favourite songs from that time was ‘Finnish Wood’. I would honestly say that, if anyone is thinking of joining a choir don’t be frightened to give it a try. The choir will be really pleased to welcome you and there will always be people to support you and someone will step forward to be your singing ‘buddy’. 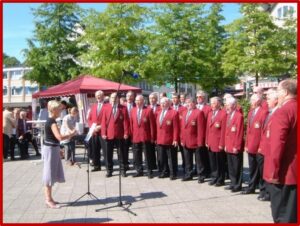 M&DMVC in the town square Heiligenhaus, Germany under the direction of Meryl Chambers with Margaret Ball on the keyboard.

In 2008 I was asked by a lady at chapel if I would consider joining The Hardwick Singers as they were short of tenors. This was a small mixed choir based at Hardwick Hall and consisting mainly of volunteers at the hall. I agreed to give it a try with some trepidation as I had never sung tenor in a mixed choir. I asked Peter Evans if he would like to join too and he agreed which was a great help to me as he had a good deal of mixed choir experience. Like the male voice choir there was a lovely cooperative atmosphere until they decided that all members of the choir must be National Trust volunteers and so a large number of the choir agreed to reform as ‘Take Note’. The choir eventually found a home at Tibshelf Parish Church where we still meet on a Monday led by Jean Ward.

Memorable Choir Experiences
Obviously there have been many highlights to my 24 years with the male voice choir. One of the best was certainly the weekend visit the choir made to Heiligenhaus Male Voice Choir in Mansfield’s twin town. The whole choir was made so welcome by everyone and we stayed at the home of one of their choir members who couldn’t do enough for us. The weather was glorious when we sang twice in the town square on the Saturday and on that evening we had a lovely sociable barbecue behind the fire station! The fire engines had been moved out of the station so that we could move indoors if the weather turned inclement! Of course, when you have two choirs together, there is a sing song, but interestingly, during our visit, the Germans flatly refused to sing anything which was vaguely patriotic.

The Albert Hall concert on my first visit in 2009 with the Welsh Association was a stunning occasion with 900 men on stage. Unfortunately, health and safety has now lowered this number but it is still a wonderful venue. In 2012 the Welsh Association concert was at the Manchester Evening News Arena (now just known as the Manchester Arena). Knowing of its previous history I distinctly remember asking Roy Crabtree if he was looking forward to singing in a railway station? His reply was “Will they take all the trains out?” Previously it had been Manchester Central station.
My wife thought that the sound was better there than in the Albert Hall.

A bit about myself and my family 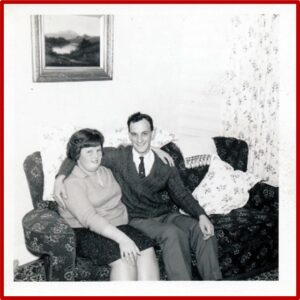 My wife, Eileen, and I met at Sutton Road Methodist Church in Huthwaite in 1962. The youngsters of the various churches used to meet a lot in those days. We were married in August 1967 and have two sons, Graham and Richard who both live locally. 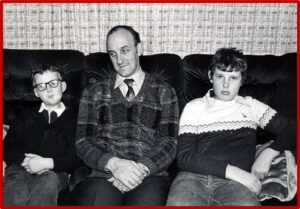 Eileen came to share my love of railways and we have travelled extensively in Europe and other parts of the world, often by train including a tour right up the western side of Canada for our Silver Wedding and New Zealand, Fiji and Singapore for our retirement celebration. Our favourite countries in Europe are Austria and Switzerland as we love the mountains. In 1990 I became a founder member of the Austrian Railway Group in this country and I served them as Secretary Treasurer for 20 years and still act as Marketing Manager organising and, at times, manning the group’s stand at events all over the country. This has made us many friends in various places throughout the UK who we value highly. My biggest honour was being made an Honorary Member for 25 years’ service.
I am a keen photographer and together we thoroughly enjoy caravanning having, over the years, visited most of Europe from Norway to Hungary and Italy but again, our first love is Austria – we even considered buying a plot of land there once – but we are just as happy touring the UK as the years are advancing. Finally, the Methodist Church is still an important part of our lives. We belong to Skegby Methodist and have been very happy for the choir to use our church for various events and concerts including our very well supported Breakfast Mornings organised by the Choir Supporters’ Group.
As first tenors we are lucky that we have three younger members in the section, Dan, Jono and Timothy who seem quite happy to sing along with us ‘oldies’ and I hope that they will continue to enjoy it for many years to come. It is a pleasure to have them. During these difficult past months, I’m sure that, like other members, one of the things which I have missed most is singing and the fellowship of meeting together. 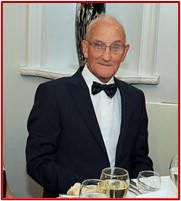 1 thought on “I love to sing! – Howard Lawrence”