I Love to Sing! – Phil Robinson

Phil is one of the most community minded and public-spirited chaps I know. He has a broad range of interests, a lovely family and a passion for performance. This article tells you more about him and you will decide if this introduction does him justice. Let him take up the story…. 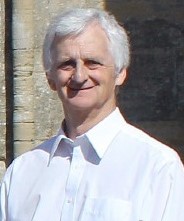 I was born near Stoke-on-Trent in 1946 in a farm cottage although my Dad worked as a fitter at a nearby colliery. I am the eldest of three having a younger sister and brother. After leaving school I worked as a computer operator for English Electric which became ICL. Although shift work restricted my social life, I met Win and we married in 1971. In looking for an alternative career, I studied at Crewe and Alsager College and subsequently accepted a job at Shirebrook School as a geography teacher starting in September 1977. In 1985 I obtained a Master of Education Degree following a part time course at Nottingham University. In 1978, after a year in a flat in Mansfield Woodhouse, Win and I moved to Edwinstowe where our daughter Ruth was born; Anne came along in 1981. Both girls attended All Saints School and were taught by Meryl Chambers and sang in the school choir. In 1988 gained a promotion to Eckington School, south of Sheffield, as Head of Department from where I retired in 2006. At both schools I joined in the musical productions taking solo parts in shows such as HMS Pinafore’, ‘Iolanthe’, Fiddler on the Roof, Oliver, Grease, The Wizard of Oz, My Fair Lady, and Annie. At other times I played guitar and keyboard in the band and then, in 1979, whilst at Shirebrook School, Phil joined a Ukrainian Dance Ensemble being formed by a maths teacher and former dancer. As a guitarist with this group I went to many folk-dance festivals in Europe with two highlights being a 3-week tour of Canada and North East USA in November 1986 and a visit to Ukraine in 1990. The group ceased performing in 2003.

How did you get informed about the choir?

The teacher of music at Shirebrook School, David Chamberlain, invited me to join The Mansfield Choral Society where I met Ken Rees with whom I continued to sing a range from oratorios to summer concerts and also performed in musical productions. I became chairman of the Society having the honour of presenting a Davy Lamp to locally born, international pianist, John Ogden. Later when Ken and I both became members of the Concordia choir he suggested that I join the Male Voice Choir of which he was a member telling me that Meryl Chambers, the current MD, was keen for me to do so. So, after retirement, I joined the MVC in 2007. Unfortunately, Ken died shortly afterwards.

Why did you go?

Concordia ceased performing in 2006 and, as a retiree I wished to continue singing, so I decided to find out about the MVC. I settled in very well as I already knew Meryl, the chairman Walter Pitchford and Brian Kemp both of whom I had sung with in the Choral Society. Sitting with Ken in the bass section, I found that I could pitch and sing the bass line and subsequently I have helped others through becoming the Section Leader.

Why do you keep going?

I enjoy the challenge of the rehearsal process and of creating a personal contribution to the overall performance of the choir. I enjoy the experience of singing together with others and being in contact with an audience.

What was your best experience with the choir?

I find it difficult to choose one experience. I prefer the smaller, more intimate performances as they give me a greater sense of contributing to the enjoyment of the audience. For example, I prefer singing at St Philip Neri Church in Mansfield to singing at The Royal Albert Hall. Whilst the RAH is an awesome experience, St Philip Neri provides greater contact with the audience which I find more satisfying and of greater importance.

What do you think would get people to come to the choir?

Any chap who enjoys singing with others and being part of a group which relishes the challenge of creating a sound which moves and entertains both themselves and an audience will find great worth and meaning by being a member of the choir. There is something powerful and attractive about being part of a group with a common aim and that gains satisfaction from entertaining others.

What are your interests outside of the choir?

Family and grandchildren plus a wide range of musical interests including singing with The Dukeries Singers and The GentleMen. I enjoy vocal music from Renaissance to Rolling Stones. Fund raising for The John Eastwood Hospice has been an interest for many years. I volunteer for the National Trust at The Workhouse, Southwell where I am known as the ‘singing pauper’ performing broadsheet ballads and 18th century songs to outside organisations. I also enjoy walking, reading, and piano playing for my own enjoyment, though not all at the same time!

Phil has not mentioned that he successfully takes up the role of Deputy Musical Director for the choir, clearly his talents and sense of giving to others underpins his most valuable contribution. We are proud of his membership and his calm, caring approach. 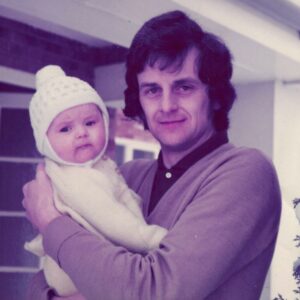