Our first concert of 2017 will be held at the Queen Elizabeth’s Academy, Chesterfield Road, Mansfield on the fourth of March 2017. It is a joint concert and we are delighted to be singing with the Radcliffe Ladies’ Choir.

“I don’t want to be a genius-I have enough problems just trying to be a man.”- Albert Camus 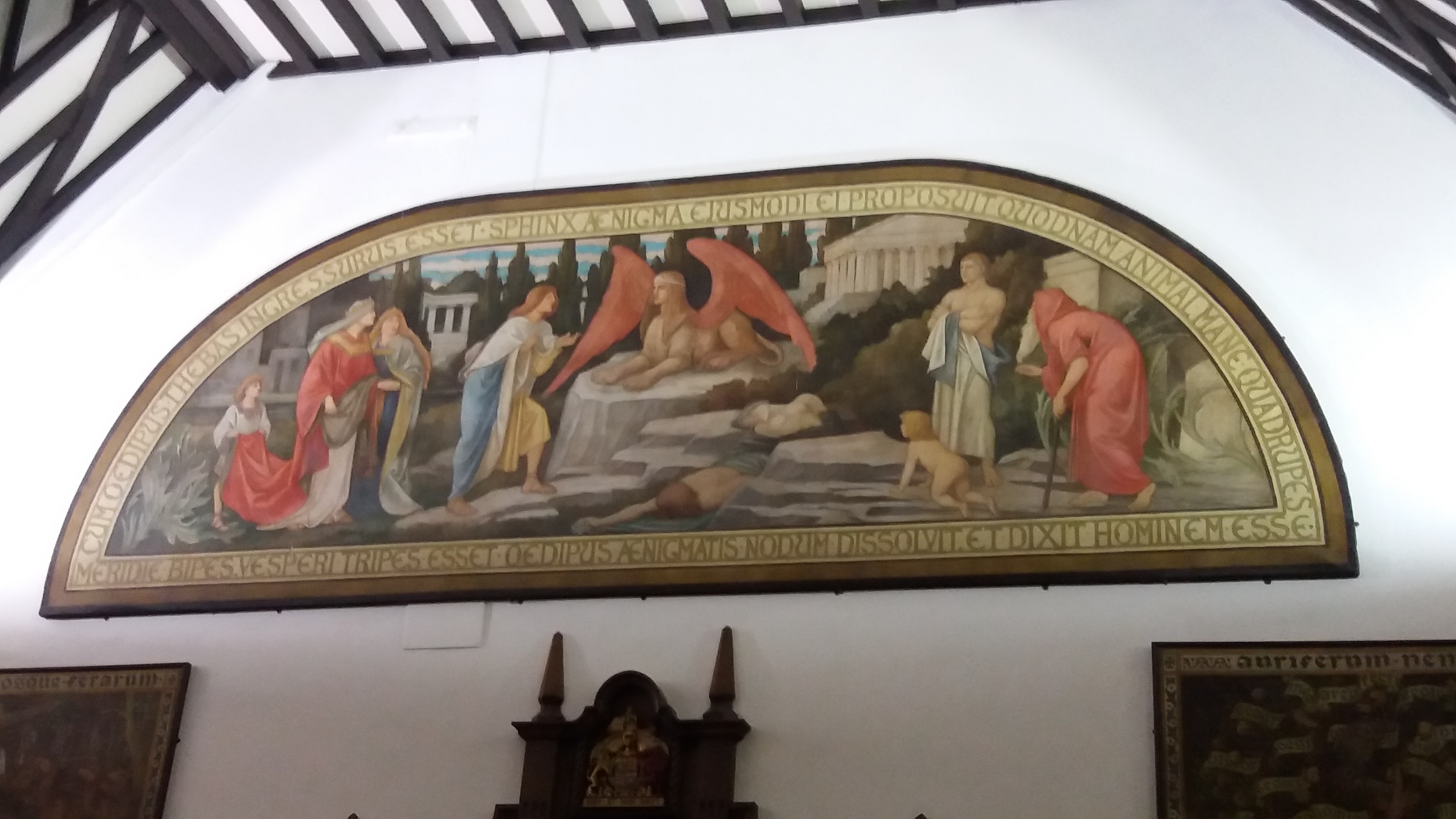 The decorative feature at the front of the grand Assembly Hall at QEA includes an inscription which reminds us that the origins of the Queen Elizabeth’s Grammer School  for Boys date back to 1561 and the reign of Queen Elizabeth. The building itself is of Victorian origin (opened 1877). Both of these periods in our history were important and similar in many ways  in that there were powerful drives and achievements in providing education for all.

Also at the front of the Hall are a number of pictorial features. The one in the centre is a depiction of a part of the Oedipus myth where Oedipus encountered a Sphinx, who would stop all travellers to Thebes and ask them a riddle. If the travellers were unable to answer her correctly, they would be killed and eaten; if they were successful, they would be free to continue on their journey. The riddle was: “What walks on four feet in the morning, two in the afternoon and three at night? Oedipus answered: “Man: as an infant, he crawls on all fours; as an adult, he walks on two legs and; in old age, he uses a ‘walking’ stick”. Oedipus was the first to answer the riddle correctly and, having heard Oedipus’ answer, the Sphinx allowed him to carry on forward.

The Assembly Hall at QEA has a lovely high ceiling with good acoustics and is a fantastic place to sing.

The Singers and The Songs 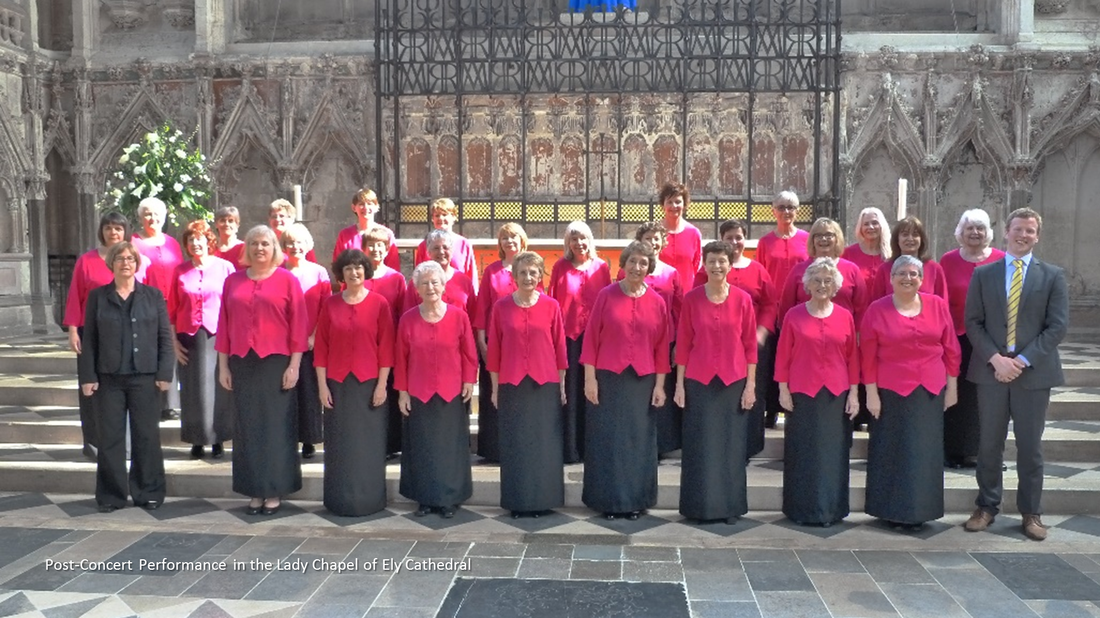 We welcome to Mansfield the Radcliffe Ladies Choir and to their Musical Director, Alex Patterson and their Accompanist, Judy Holborrow; both extremely accomplished musicians.

Alex is a freelance composer who has written a wealth of choral music and is one of the composers-in-residence at Streetwise Opera. “We’re looking forward to singing with the Mansfield & District Male Voice Choir and bringing our ladies up the QEA in Mansfield. It’s the first time that we’ll have sung there and we always enjoy meeting new audiences and fellow choral singers” said Alex.

The ladies choir will be performing one of Alex’s own pieces, My Heart is Like A Singing Bird together with a selection of popular pieces including traditional folk song arrangements by Michael Neaum a musician who is, of course, well known in the Mansfield area.

The men’s choir will be singing some well-known favourites but also there will be performances of some less-well known items; songs which we have been working on very hard recently including Comrades In Arm, very masculine and very martial!

There will also be a joint tem and a performance of Speed Your Journey:

“Speed your journey, my thoughts and my longings,

Speed your journey to mountain and valley

Where the sweet scented air breathes a fragrance

O’er the homes that we knew long ago”

We hope that that many will be able to join us for this event. Please see the Events section of the website for details of how to buy tickets. It goes without saying that without support from the audience these events simply don’t take place.

We are all, at Mansfield & District MVC, very much looking forward to sharing the stage with The Radcliffe Ladies Choir. I’m sure that they will bring something new and exciting; something we haven’t heard before and something which our audience will find enthralling.

Music can inspire us on this journey of life, with its problems and difficulties and with all its infuriating  riddles. Sometimes music can light something in our hearts and show us a better way. It can help us to be what we need to be: just a man, just a woman.

We hope to see you on the 4th of March as we Leap Into Spring!