Whilst we are all feeling somewhat constrained, controlled and cautious in these unprecedented times the members of our choir would like to pay their respects to two of our former choir members who recently passed away. 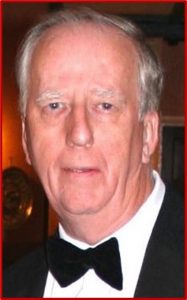 Denis Hales was a choir member for approaching 15 years. As a member of our Bass section and an active member of our committee with his wife Jean (who was choir secretary for 12 years from 2002) he derived great pleasure from singing and the camaraderie within the choir. Denis was employed by Mansfield Brewery and was a lifelong fan of Elvis Presley. Jean and Denis have three children, had travelled extensively in the UK and were also active members of the Old Mansfield Woodhouse Society.

Denis had suffered ill health over the last few years and died following short stay in hospital aged 79. The choir is grateful for his effort and contributions and wish Jean and family well. 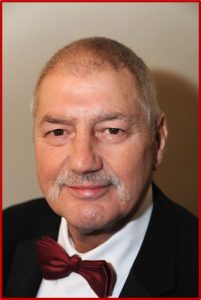 Paddy Crabtree loomed large in our choir, as the younger brother of Roy Crabtree (1st Tenor) who introduced him to the choir, Paddy joined our Bass section and immediately made his presence felt. As a proud Irish

man, with a deep resonant voice coupled with unswerving dedication, integrity and the ability to get on with everyone Paddy was very popular, particularly as our choir marshal for few years.

Paddy had a long and glittering military choir in which he served in senior roles in Northern Ireland and other high profile roles (he said he would have to kill us if he disclosed the details) although I do know that he was in charge of the arrangements for Queen’s Birthday parade in Berlin sitting next to Princess Anne during the ceremony. His Sergeant Major style and approach brought our choir to the highest levels of discipline, decorum and stage presence we ever possessed.

just over a year ago. His resilience was remarkable, but Paddy succumbed recently to a spell of pneumonia. Always a keen follower of our choir Paddy made a real difference, commanded respect and shall missed by all who knew him